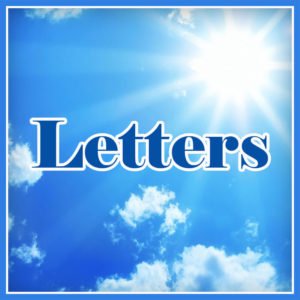 Another excerpt from his Honor’s letter in which he emphasizes on the necessity of recognizing the truth and falsehood.

I am a will-wishing brother for you. I call you to distinguish the truth from falsehood so that you do not perish, and I invite to recognize the truthful person from a liar so that you do not remain in loss; because you have always been in loss from the first day up to now; as your Lord has said: ﴿إِنَّ الْإِنْسَانَ لَفِي خُسْرٍ﴾[1] and your deliverance from loss is contingent upon two things, as flying of birds in the sky is contingent on two wings, and the two things are verily faith and righteous deed; as He has said: ﴿إِلَّا الَّذِينَ آمَنُوا وَعَمِلُوا الصَّالِحَاتِ﴾[2]. 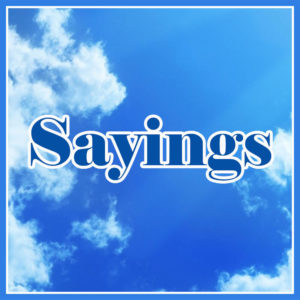 A message from him for a group of the youth who love Mahdi and asked him for guidance.

When a group of the youth who love Mahdi wrote a letter to his honor Mansoor Hashemi Khorasani and announced their support for him and asked for guidance from him, he said:

“Send them my Salutations and say to them: When all people are gravitating toward left and right you hold on to the straight middle path and when all people are gravitating toward Zeyd and Amro you gravitate toward Mahdi. Remember Almighty God a lot and set paradise as your trade and perform your prayer on the onset of its due time and pay Zakat to its targeted inmate and be kind to your parents as you will not be so long with them and promote good and forbid evil and make your affairs smooth and easy and leave what it is supposed to be left and hold on to what it is supposed to be held on to, and be ready to migrate toward Mahdi! Because I will migrate to him when I find enough companions even if there be seven seas between me and him... 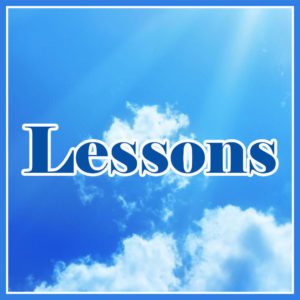 But the first narration is that which Ali ibn Bābawayh [Died in 329 AH] has narrated in the book of “Al-Imāmah wa al-Tabsirah”, from Sa’d ibn Abdullah, from Hasan ibn Musa al-Khashshāb, from Abdul Rahmān ibn Abi Najrān, from Abdul Karim and others, from Abu Abdullah (meaning Ja’far ibn Muhammad Sadiq) peace be upon him that said:

Gabriel peace be upon him descended on the Prophet peace and blessing of God be upon him and his household, and brought him news from his Lord that ‘O Muhammad! Indeed, I do not leave the earth be unless therein be a knowledgeable one who knows My obedience and guidance and be the source of salvation from the death of a Prophet to the rise of another Prophet, and I never ever leave satan be to mislead people, without there be a proof for Me and an inviter toward Me and a guide toward My path and a familiar with My command on the earth, and I have ordained a guide for every nation to guide the good through him and to be a proof for the miserable.

Link
Question and Answer of the day 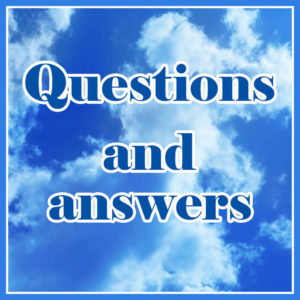 Does his honor Mansoor Hashemi Khorasani believe wisdom is prior to religion and does he believe that we should abide by the wisdom rather than religion?

Your question is rising from the incorrect assumption that intellect and religion are in contradiction with one another, in such a way that adherence to one means compromising adherence to another and inevitably one has to regard one of them prior to another, while, in the opinion of his honor Mansoor, wisdom and religion have originated from one source and both are created by the wise God, and therefore there is no conflict between them; as God Himself has said: ﴿مَا تَرَى فِي خَلْقِ الرَّحْمَنِ مِنْ تَفَاوُتٍ﴾[1]; “You may not see any diversity in creation of God” and yet, adherence to intellect does not mean that you do not obey the religion and is not equivalent to prioritizing one over another; but rather, it means it is also obeying the religion; because religion has commanded to obey intellect...

↑[1] . Al-Mulk/ 3
Continue reading
Criticism and Investigation of the day 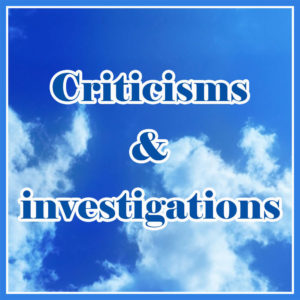 Is the intellect of every individual mature enough to be a criterion for cognition?

Intellect of every individual, whenever it is mature enough that can be a criterion which can distinguish is held liable (to do religious commandments) and whenever it has not reached to such a maturity level then it is not held liable; like the intellect of the kids and the mentally disable people; because liability to commandments is contingent upon ability to distinguish and holding one who does not possess this ability liable, is contrary to justice, whereas God is not an oppressor; as He has said: ﴿وَأَنَّ اللَّهَ لَيْسَ بِظَلَّامٍ لِلْعَبِيدِ﴾[1]; “and indeed God does not oppress the servants”; It is hereby understood that the intellect of those individuals who are considered liable to religion commandments is mature enough to be able to act as a criterion to distinguish, even though it may have different degrees and levels; because according to the precise explanation by his excellency Mansoor Hashemi Khorasani... 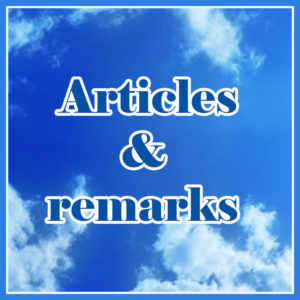 The crisis of division in the world of Islam; causes and solutions; a narration from the book Return to Islam
Sayyid Mahmoud Siadati

“And obey God and His Messenger, and do not strive with one another to become fatigued and your stamina disappears and wait patiently for God that God is with the patient ones.”

The history of Islam is evidence of the fact that after the demise of the Prophet Sallallahu Alaihi wa 'Alihi wa Sallam[2] and the absence and loss of the Prophet, which was in fact the greatest calamity for the Muslims, the Islamic Ummah started wandering due to falling in great seditions and misleading doubts and lost his way to the realization of Islam’s ambition and the formation of the ideal city of Utopia. As a result, the Ummah[3] gradually lost the power it had during the time of the Messenger of God Sallallahu Alaihi wa 'Alihi wa Sallam and by passage of time and circulation of ages it got stricken with ignominy and misery! The vast lands of Islam which were united by the slogan of Tawheed under one flag broke apart... 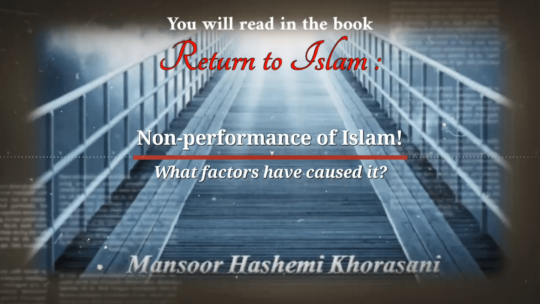 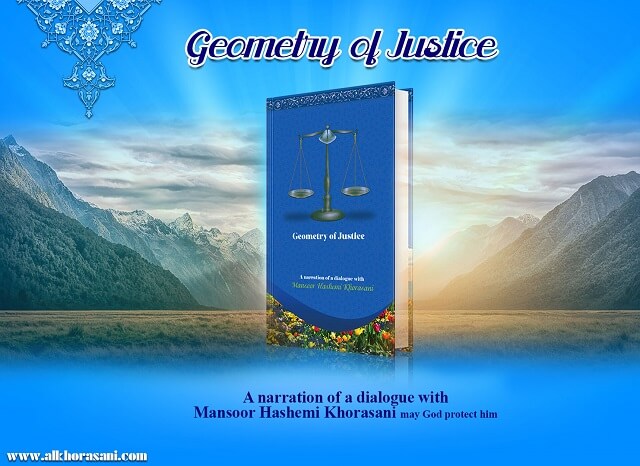 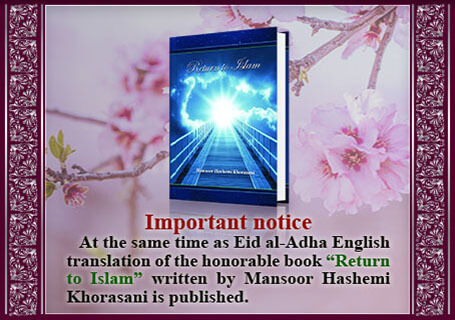 Latest updates of the website
Letters
An invaluable letter from his Honor containing thirty moral advice.Two letters from his honor about the laws of KhumsAn excerpt of the letter from his Honor in which invites toward the sovereignty of God and deters from sovereignty of other than Him.
Sayings
A Saying from his honor about the importance of praying and condemning those who do not pray.Twelve sayings from his Honor in forbidding quarreling with and hostility to people concerning his Honor and inviting them toward this workSeven Sayings from his honor about prohibition of drugs and tobacco and buying and selling them
Q&A
In which cases backbiting is permissible?It has been seen and heard frequently that individuals, even atheist or Buddhist or cow worshipper, have been healed by visiting their own temples and holy places. Explain that how this happens?1. Is there anything in Islamic law called temporary marriage, secretly? 2. Why do scholars of Sunni sects consider it forbidden and Shia scholars obligatory? 3. If someone has to get married temporary, is it obligatory to help him or not? 4. Is it okay if someone does not want to get married permanently and gets married temporary? 5. Do girls have the right to do such a marriage?...
Criticisms & investigations
Why did his Excellency Ali not try Uthman’s killers?God introduces, in the verse 46 of Surah Al-Baqarah, the humble individuals as those who have conjecture on meeting their God and returning to Him. Whereas, according to the saying of his Excellency, achieving certainty in religion is obligatory, and according to the verses that are mentioned repeatedly in the book, conjecture has no place in Islam. Please explain how these two come together?According to the rule which Allamah may God protect him has mentioned regarding the advent of Imam Mahdi, that his advent does not require the gathering of all people and requires the gathering of a sufficient number of them, some questions have arisen for me, which are as follows: 1. Is the quantity and quality of this sufficient number known for him or is its knowledge with God? 2. Did this sufficient number not exist in the time of the caliphs of the past?...
Articles and Remarks
Remark “Inverted era” Written by “Elias Hakimi”Article “The insult of the West to the messenger of God peace and blessings of God be upon him and his household; Factors and solutions” Written by “Dr. Zakir Maroof”Article “An explanation about the determination of the first and last day of the holy month of Ramadan” Written by “Dr. Zakir Maroof”
Download the book and software
The use and application of contents of the website are allowed only with explicit mention of the source.
×
Login