Title of the articles
1 . A review of the book Return to Islam by Mansoor Hashemi Khorasani2 . The crisis of division in the world of Islam; causes and solutions; a narration from the book Return to Islam3 . The ominous spell of affiliation4 . Who does not read the book Return to Islam or reads it, but does not benefit from it?5 . Mahdi, the axis of unity of Muslims6 . The domination of hypocrites over the world of Islam7 . An explanation about the determination of the first and last day of the holy month of Ramadan8 . The insult of the West to the messenger of God peace and blessings of God be upon him and his household; Factors and solutions
Title of the remarks
1 . Inverted era
Remark 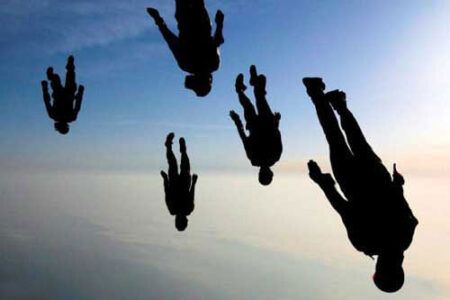 It has been a strange time. One does not understand the people of today and their mood and temper. They have truly changed and it is not clear where they are going and what they are looking for. What their criteria are and what their favorites and aspirations are. Their likings and tastes have changed and inverted; they do not enjoy good and useful things and stay away from them, but they show enthusiasm to bad and destructive things and turn to them. They hate what is good for them and they run away from it, but they are attracted to what is bad for them and they join it. If an ugly giant comes to them with a thousand tricks and claims and wants to take their wealth and lives, they will fall in love with him and follow him, but if a benevolent and claimless scholar comes to them with a thousand knowledge and wisdom and wants to show them the way of happiness, they resent him and stand totally against him and become his enemy! It is indeed the end of time; the inverted era; the same era that the predecessors always feared and sought refuge to God! When you look around, you see many examples of this situation, but an example of these inverted approaches and bizarre behaviors, is the sad show I have seen over the past few months.

A few months ago, I read a scientific and Islamic book called “Return to Islam” written by a great scholar named Mansoor Hashemi Khorasani and I found it a useful, valuable and wonderful book and I decided to introduce it to those around me so that they read it too and use it, but I saw very strange reactions and responses from people that made my chest tight.

How strange it is that when you tell a person who complains and cries about the degeneration of societies and the deviations of religions and the practices of Muslims to read the noble book “Return to Islam” to find the root of all these degenerations and deviations, he surprisingly says to you: I am busy!! You say that the solution to these very problems and the cure for these very pains of Muslims that you are complaining about is in this book. He says: I will read if I have the opportunity!!

How painful it is when you give the great book “Return to Islam” to someone who seems to be a reader and researcher and claims to be a truth-seeker, and you say to him to read it so that you have read the best book of your life, he says: What is the name of its author? What is his degree? Where did he study and who is his master and who has approved him?!!

Is this not strange when you give a book to a Muslim to read it and you introduce the author’s website to review it, he says that I am currently busy and I am occupied with religious holidays for another week!! And then it is not clear whether he will come again and see you or not!

How painful it is that you give this book to someone and introduce the website to him, then that very night or the next day, without even flipping through the book, he takes it to his teacher so that he would tell him to whether read the book or not??!! And more painfully, that teacher (!!) responds quickly: I know this person (Mansoor Hashemi Khorasani). He is in Iraq and he is a liar and his name is Ahmad Al-Hassan!!!!

How horrible it is to find a person who is a reader and of course a truth and knowledge seeker, but when you give him a book with this degree of wisdom and knowledge and insight, you see that he is not really seeking the truth and it is not clear what he is seeking; because after more than a month, he has just reached the 90th page of the book and the continuation of the book is beyond his patience!! You ask him what do you think? He says: I did not find anything in it (!) there were even problems in it: it has rejected the imitation of the scholars and has denied the knowledge of the unseen by Shia Imams!!

What a bad event is when, after a lifetime of friendship with a friend, and actually because of this long-standing and benevolent friendship, you offer him the book “Return to Islam” to be a source of enlightenment and awakening for him, and he suddenly cuts off his relationship with you; it is as if he has run into a spy network or a terrible danger has attacked him!!

If the world falls on you, it is better to see such morbid and confusing reactions from these Muslim claimants to this great Islamic book!

What is the meaning of this situation that you say to the scholar and the common people, young and old, men and women of this nation: Read, know and think; but they yawn in your face and look at you with red and swollen eyes and are only ready to eat and sleep. Their good ones call you to live comfortably and their bad ones call you to die comfortably!

What has happened to us that we do not hear such a clear voice and do not understand such reasonable words?! What has happened to us that we do not get the right, logical and completely correct words, but we digest wrong and erroneous and mixed words more easily? If someone says a nonsense and probably says a half-correct word in the middle, we approve and praise him, but we do not say a word about a book that has not said a wrong word and there is no crooked line in it and it is all Quran, Sunnah and intellect and we look at it with the eyes of a suspect and raised brows that: lest it be a deception!!

Oh wow and a hundred wow!! How - God forbid - the Quran can be a deception? Is this book not full of holy verses from the Quran? Is it possible that there is deception in something that is not deception?? Is it a deception because there is no error in it? Or is it a deception because it is not one hundred percent in accordance with the opinions and thoughts of some? The serious and real question is here, O Muslims! Are you afraid that this book is false or that it is true?! What we see today in Islamic societies has made the answer to this question extremely difficult!! A scary answer that takes a person’s soul!

Would this noble book not be a deception if it was speaking like thousands of other books that say every undocumented word or refer to nowhere, and now it is deception because it is full of accurate and solid documents and references?

Would it not be a deception if it were mixed with fallacies and poetry and controversy and sophistry, and now it is a deception because it is full of rationality and clear and solid and simple intellectual arguments?

What an inverted era!!

May God have mercy on the benighted and sick and broken nation of His Prophet and give them a chance; because they have fallen into a bad abyss and with this situation, an ominous fate awaits them! Although God Almighty has said that He will not help us until we, the people, change and we will be forgotten by ourselves and our God; as He has said: ﴿إِنَّ اللَّهَ لَا يُغَيِّرُ مَا بِقَوْمٍ حَتَّىٰ يُغَيِّرُوا مَا بِأَنْفُسِهِمْ ۗ﴾[1] and has said: ﴿نَسُوا اللَّهَ فَأَنْسَاهُمْ أَنْفُسَهُمْ ۚ﴾[2] and has said: ﴿نَسُوا اللَّهَ فَنَسِيَهُمْ ۗ﴾[3].