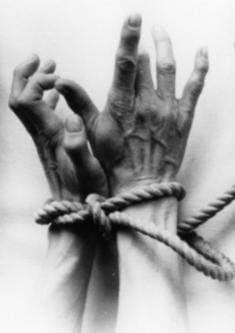 In the name of Allah the compassionate the merciful

“O you who have believed, do not take as intimates those other than yourselves, for they will not spare you [any] ruin. They wish you would have hardship. Hatred has already appeared from their mouths, and what their breasts conceal is greater. We have certainly made clear to you the signs, if you will use reason.”

Today's world, with all of its deceptive beauties and ornaments in which are increasing, and excessive materialism and despiritualization in which are satiated, is like a paradise of prosperity and despicable animal desires for ambitious secularists and unbelievers in the resurrection day, yet is like a burning hell for spiritualists and believers in the unseen. But meanwhile, we see numerous groups of Muslims that in spite of believing in Tawhid and the resurrection day, have tended to secularists and sensualists and have made themselves similar to unbelievers and sinners in their thoughts and deeds and speaking, as if they have forgotten their human identity and the truth of their life-giving school of thought. They praise the methods and approaches of unbelievers and just like small children who stick to the mother, they get themselves closer to unbelievers and see their benefits in following them. They consider themselves indigent and desperate in politics, economy and culture, and needful to the help and support of unbelievers; Although such approaches and tendencies have become commonplace among Muslims, but their prevalence does not mean they are right and it is clear that it is originated from a great baseness and neglect; Neglect of the most elementary meaning of Islam which means surrendering to God's command and fear of His punishment and hope to His mercy! Not bowing down to His enemies and fear of their punishment and hope to their reward in life of this world!

Indeed, there is no place to complaint and blame; Since as if the charisma of antichrist sorcerers have spellbound these naive and fool Muslims, and their ominous spell has planted the root of hypocrisy in their hearts.

But in such a dark and critical situation, it is a great joy and pleasant that intellectual scholars and thinkers like his honor “Mansoor Hashemi Khorasani”, the author of the valuable book “Return to Islam”, cry out by a loud call with insight and regard to their Islamic duty, and awaken Muslims from neglectful sleep. The book “Return to Islam” is a unique, different and extremely enlightener work and is considered as a great and awakener reminder to Muslims of this world; A reminder that can be like a prayer for eliminating the ominous spell of affiliation which has surrounded the awareness and awakening of Muslims, and has forced them into a great forgetfulness and neglect.

Peace be upon you and God’s mercy and His blessings

Other articles and remarks written by this author:
1 . Article “The crisis of division in the world of Islam; causes and solutions; a narration from the book Return to Islam”
Previous article Next article
Share
Share this content with your friends.
Email
Telegram
Facebook
Twitter
You can also read this content in the following languages:
فارسی
If you are familiar with another language, you can translate this content to that language. [Translation form ]
×
Writing an article or remark
The use and application of contents of the website are allowed only with explicit mention of the source.
×
×