Number: 2
Title: The crisis of division in the world of Islam; causes and solutions; a narration from the book Return to Islam
Author: Sayyid Mahmoud Siadati 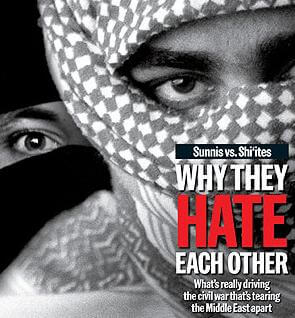 “And obey God and His Messenger, and do not strive with one another to become fatigued and your stamina disappears and wait patiently for God that God is with the patient ones.”

The history of Islam is evidence of the fact that after the demise of the Prophet Sallallahu Alaihi wa 'Alihi wa Sallam[2] and the absence and loss of the Prophet, which was in fact the greatest calamity for the Muslims, the Islamic Ummah started wandering due to falling in great seditions and misleading doubts and lost his way to the realization of Islam’s ambition and the formation of the ideal city of Utopia. As a result, the Ummah[3] gradually lost the power it had during the time of the Messenger of God Sallallahu Alaihi wa 'Alihi wa Sallam and by passage of time and circulation of ages it got stricken with ignominy and misery! The vast lands of Islam which were united by the slogan of Tawheed under one flag broke apart and voiced independence claims through illusive and baseless slogans and under conspiracy and fermentation of arrogant powers! All of these miseries were due to the fact that Muslims burned their most valuable capital with their own hands and turned their lines of unity into rupture, dispute and disunity. It is natural that the outcome of such a great rebellion was nothing but an overthrow of the achievements of the Prophet Mohammad Sallallahu Alaihi wa 'Alihi wa Sallam. To such an extent that we see today the division in the Ummah and the harshness and animosity among them have blinded their eyes toward fairness and made them, who are originally from a unit Ummah, altogether alien to each other! Every day from one corner of the Islamic world, one can hear the cry for curse and Takfir[4] of Muslims against each other; some of them consider Jihad[5] against another group obligatory and another group issues Fatwa[6] to murder and shed blood among their religious brothers and they consider this act a merit for reward in hereafter! This disaster has reached to the point where the fragmentation and separation of Muslims have been adorned in their eyes and is called independence and emancipation from strangers and proximity to infidels and their alliance with them are considered beneficial and cause for progress.

There is no doubt that a great and dangerous negligence and ignorance has encompassed Muslims of the world; because most of them, without any fear, increase their differences and provide new and more fresh grounds to give rise to conflict and fight, while they do not take steps for obeying God's firm command to maintain integrity of Muslims and the realization of the unity of the Islamic Ummah! But the fact that they are unaware of is that the fissure and division in the Ummah is an axe that will cut the pure tree of the Ummah of Islam and will pull its root out and threatens its existence more than anything else; It is an axe that is rather supposed to hit the root of the enemies of Islam and its adversaries.

In such an era we are optimistic about such an effective and deep book "Return to Islam", which is the source of unity and understanding among the Muslims of the world and a reminder of the common principles between them. This book has been written with admirable implications to all the commonalities and settlements among Muslims and follows a unifying method which is fully away from tensions and we hope this book with its enlightening and informative message becomes the source of goodness and blessing for all Muslims in the world.

↑[1] . Al-Anfal/ 46
↑[2] . [Translator note: Peace and Salaams be upon him and his household]
↑[3] . [Translator note: The nation of Islam]
↑[4] . [Translator note: to “Takfir” someone is to rule that he/she is out of Islam and is not a Muslim rather he/she is an infidel. A Takfiri group is a group who indulge in this behavior]
↑[5] . [Translator note: Holy war]
↑[6] . [Translator note: A religious order or verdict that a scholar issues]
Other articles and remarks written by this author:
1 . Article “The ominous spell of affiliation”
Previous article Next article
Share
Share this content with your friends.
Email
Telegram
Facebook
Twitter
You can also read this content in the following languages:
فارسی العربية Русский
If you are familiar with another language, you can translate this content to that language. [Translation form ]
×
Writing an article or remark
The use and application of contents of the website are allowed only with explicit mention of the source.
×
×